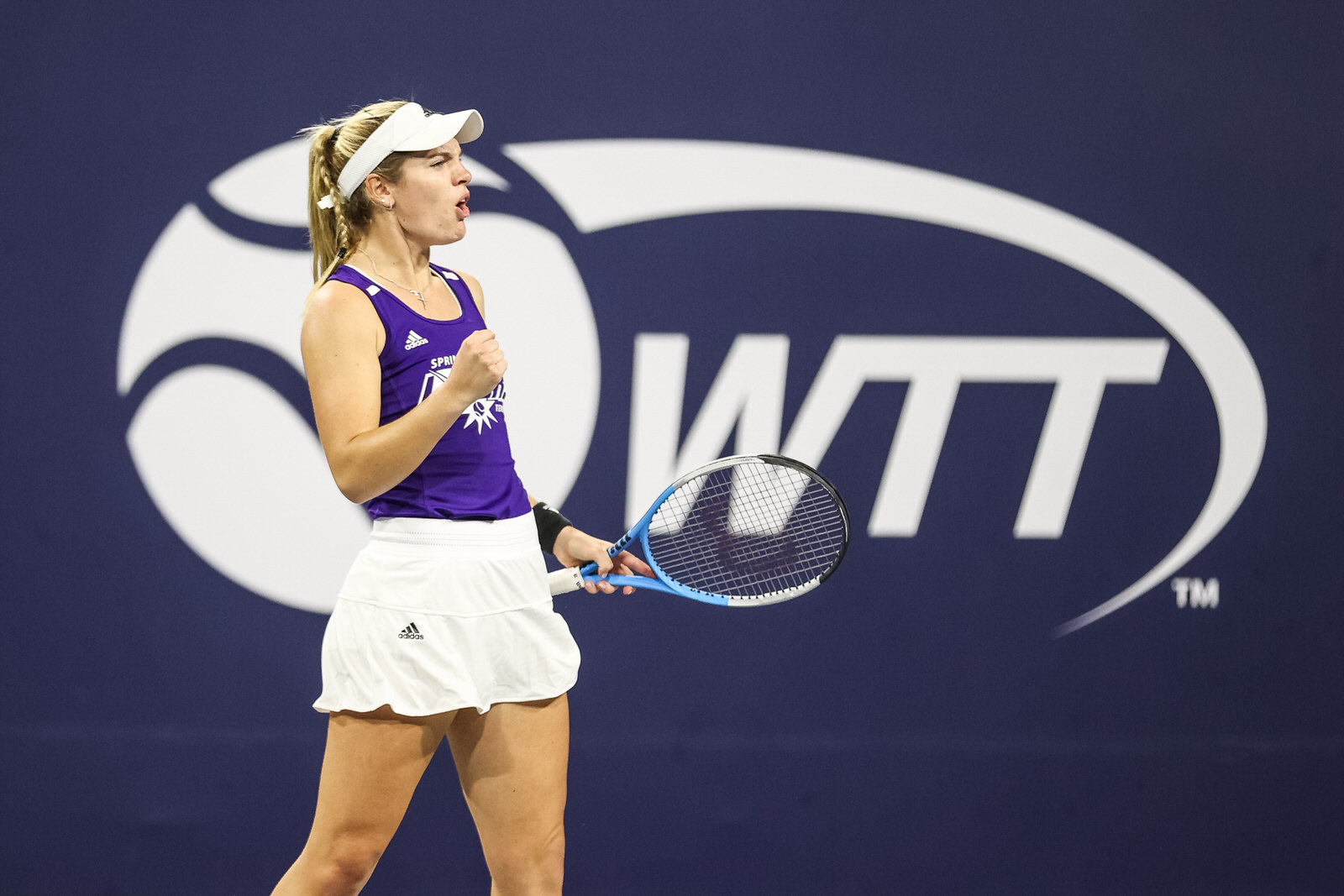 The Springfield Lasers moved into a tie for first place after beating the undefeated San Diego Aviators 22-15 in the second match of the day.

In the first match, Kirsten Flipkens & Hans Hach Verdugo gave the Empire a commanding 5-0 lead with a bagel win in mixed doubles. Victories from 2017 US Open champion Sloane Stephens in women’s singles followed by men’s singles and women’s doubles allowed Chicago to take the lead heading into the final set.

New York forced extended play by winning the final set, but Nick Monroe & Donald Young won the final game to move the Smash to 2-2 record on the season.

San Diego grabbed the upper-hand with a mixed doubles win in the second match, but US Open doubles finalist Caty McNally scored a bagel in women’s singles to give the Lasers an 8-3 lead. The Aviators cut the deficit with a men’s doubles victory, but the Lasers swept the final two sets to secure their second win of the season.

A pair of the league’s top teams try to grab the early edge in the 2021 WTT standings in the first match Wednesday. McNally and the Springfield Lasers take on 2019 French Open semifinalist Amanda Anisimova and the Orange County Breakers at 4 p.m. The defending champion New York Empire look to rebound against No. 1 American and Rancho Santa Fe native Taylor Fritz and the San Diego Aviators at 7 p.m.