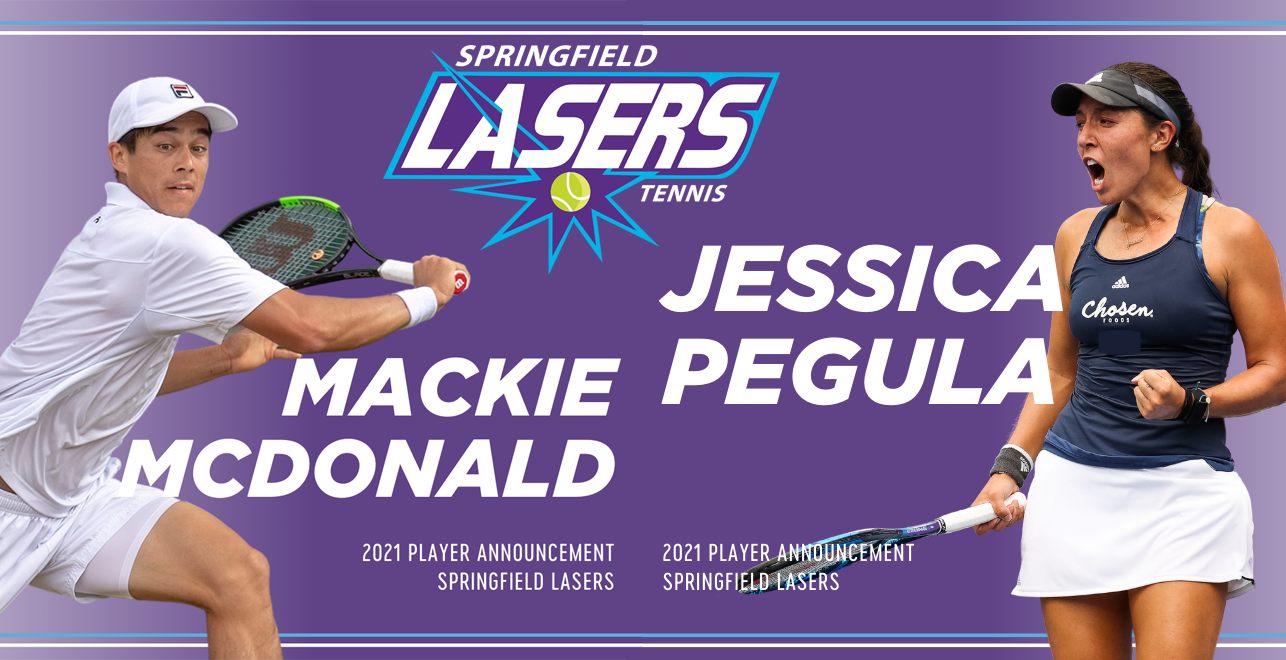 INDIAN WELLS, Calif. – The two-time World Champion Springfield Lasers are gearing up for their 26th season of World TeamTennis — but not this month, and not in Springfield.

Earlier this year, World TeamTennis (WTT) announced that in order to safely host as many spectators as possible, the 2021 season will take place Nov. 13-28 on location in Indian Wells, Calif.

After 24 seasons of calling Cooper Tennis Complex thier home court, the Lasers — along with WTT’s other eight teams — played the entire WTT 2020 season on location at The Greenbrier Resort in West Virginia. Through frequent COVID testing and limited contact with visitors, WTT was one of the first professional sports to establish “the bubble” and return to play during the pandemic summer. Lasers fans were among more than a million viewers who enjoyed live matches on TV and streaming from the comfort of home.

This year, Lasers fans may once again watch from home, or travel to see the Lasers play in person at the Indian Wells Tennis Garden, home of one of the largest tennis tournaments in the world, the BNP Paribas Open. Due to requirements set by the Indian Wells Tennis Garden, all fans in attendance will need valid proof of full vaccination to enter. A complete schedule of matches is here.

“With the uncertainty of player travel and safety due to COVID, combined with the Summer Olympics starting a few days earlier than usual, it made sense to us to postpone the season to later in the year,” said Paul Nahon, General Manager of the Springfield Lasers. “But the international tennis tour calendar doesn’t really open up until November. And by that time of year, most outdoor stadiums aren’t ideal — including Springfield. So we’ll play another season on location, and we’ll do everything we can to bring the Lasers back home for 2022.”

This year’s Lasers roster includes American Jessica Pegula, age 27, returning for her second season of WTT, previously with the Orlando Storm. Currently ranked No. 27 in women’s singles and No. 52 in women’s doubles, Pegula made it to the Round of 16 at Wimbledon this summer, and the quarterfinals at the French Open, both in doubles. She reached the quarterfinals in singles at the Australian Open in February. She has also appeared in as quarterfinals at Cincinnati in 2020, and Doha, Dubai and Rome this year.

American Mackenzie “Mackie” McDonald joins the Lasers roster, making his first WTT appearance since 2018. McDonald, 26, reached the fourth round at Wimbledon in 2018 and in the 2021 Australian Open, in addition to being a semifinalist in the 2018 Delray Beach Open. He reached his career-high rank of No. 57 in 2019. The Piedmont, Calif., native was a three-time Singles All-American at UCLA, earning the 2016 ITA National Men’s College Player of the Year and collected both the singles and doubles NCAA National Championships in that same year.

Coach John-Laffnie “JL” de Jager returns for his 15th season coaching the Lasers, having served with the team since 2007.

Elsewhere in the league:

World TeamTennis was co-founded by tennis legend and visionary Billie Jean King and has continued to innovate the sport every year since its debut season in 1974. The fast-paced action and unique scoring format creates an energized and exciting atmosphere for WTT fans and players. The team event affords the opportunity for men’s and women’s champions to share the court in each and every match throughout the season, including in the championship, with the King Trophy on the line. More information may be found at WTT.com.

The Springfield Lasers were established in 1996 by the late Harry Cooper. The team is managed by the Springfield-Greene County Park Board, and is now one of the oldest teams in the WTT league. The Lasers won back-to-back WTT Championships in 2018 and 2019, after five previous trips to the WTT finals.