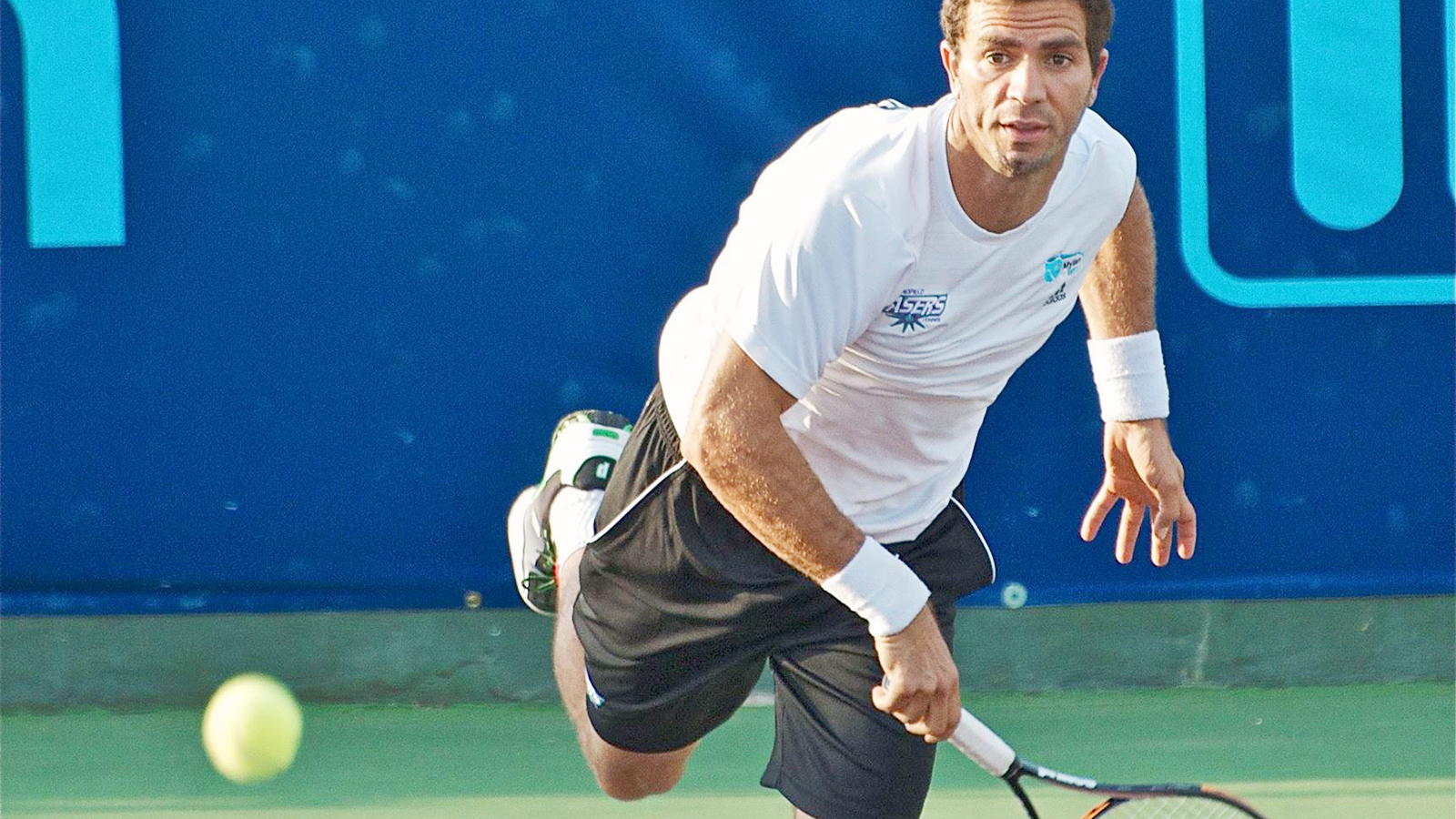 Rojer, 37, replaces Lasers draftee Joe Salisbury, who withdrew from the World TeamTennis season Wednesday due to an injury sustained at Wimbledon this week. Rojer will appear in the first ten matches of the Lasers’ 14-match season. A second replacement will be announced for the final four.

Rojer arrives in Springfield Saturday, having appeared at Wimbledon in Tuesday’s men’s doubles quarterfinals (with partner H. Tecău.) This summer he also appeared in the quarterfinals at the French Open and the semifinals at S-Hertogenbosch. He earned is 28th career title Madrid in May.

Lasers General Manager Paul Nahon wanted to draft Rojer to the team in March, but at the time Rojer was not available. Nahon said he was relieved to add Rojer to the roster in time for the WTT season opener, with the help of Lasers Coach John-Laffnie “JL” de Jager, who is also at Wimbledon this week.

“He’s a solid doubles player with a high level of energy and motivation, and he really enjoys playing World TeamTennis,” said Nahon. “He works well with Coach JL and brings a lot of experience that he can pass on to our younger players. We’re really lucky to have signed him for another season.”

Rojer was named 2011 WTT Rookie of the Year with the now-defunct St Louis Aces. He joined the Lasers in 2013, helping take the team to the finals, earning the 2013 WTT MVP award and becoming a fan favorite. He was drafted to Springfield again in 2014 but had to withdraw before the season began, due to injury. Rojer’s most recent appearance in Springfield was with the 2017 team, where he partnered with former UCLA classmate and current Lasers team member Abigail Spears in mixed doubles. After the 2017 WTT season, he went on to win his second Grand Slam title at the US Open.

The Lasers open the WTT season in Springfield Sunday, July 14, facing the Philadelphia Freedoms, whom they beat 19-18 at the 2018 WTT Finals. The Lasers take the court as the defending champions of the World TeamTennis league, having brought home the WTT King Trophy last summer for the first time in the team’s 23-year history. Fans may have their photo take with the King Trophy Sunday, 5:30-6:30 p.m. in the Champions Club on the Cooper Mezzanine.

Click here for info on the rest of the team.

All matches begin at 7 p.m., with gates opening at 5:30, except July 16, when the match begins at 6, gates open at 4:30. All home matches (except July 16) are broadcast locally live on Mediacom MC22/85-5. Home and away matches are live-streamed at WTT.tv and CBS Sports Network, check WTT.com/schedule for details.