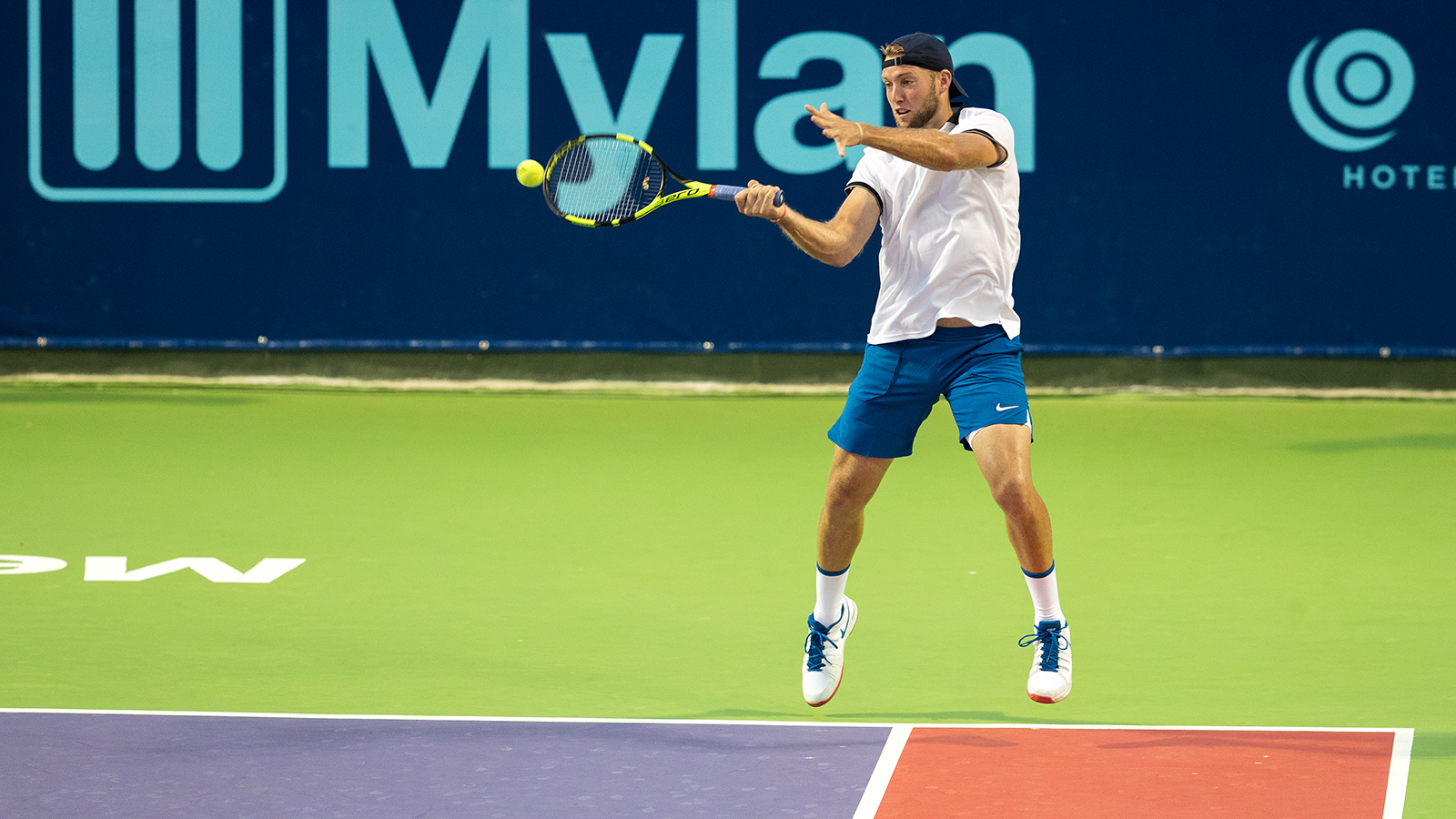 The Lasers face the San Diego Aviators Wednesday at Cooper Tennis Complex, 2331 E. Pythian Ave., Springfield. The Lasers begin season on the road, with stops in San Diego and Orange County before arriving in Springfield.

All the Lasers team members, and most players in the WTT league, just competed at Wimbledon.

Lasers marquee player Jack Sock won the title at Saturday’s finals in Men’s Double at Wimbledon with partner Mike Bryan, who plays WTT with the Washington Kastles. Sock and Bryan beat Raven Klassen, who appeared in Springfield in 2017 with the San Diego Aviators, and Michael Venus. Sock, 25, is one of the top American players on the international tour, currently ranked No. 15 in singles, No. 25 in doubles (these rankings may be updated after Wimbledon concludes Sunday.) Has four singles titles and, now, 12 doubles titles — including three others earned this year, at Lyon, Indian Wells and Delray Beach. Saturday’s win was his second Grand Slam. Both were at Wimbledon, in men’s doubles, the other in 2014 with Vasek Pospisil. Sock won a Gold Medal in mixed doubles and a Bronze Medal in men’s doubles at the 2016 Olympic Games in Rio. Sock won his first national open championship at age 11, at Springfield’s Cooper Tennis Complex stadium court. Sock, who resides in Kansas City, appears in Springfield Friday, July 20.

Returning Lasers player Abigail Spears is also fresh from Wimbledon, where she made it to the semifinals in women’s doubles with partner Alicja Rosolska, as well as the quarterfinals in mixed doubles with partner Juan Sebastian Cabal. Spears, an American, is returning to the Lasers after a brief but memorable appearance as a substitute in 2017. She also subbed in 2014. Spears, 37, is currently ranked No. 40 in doubles, and has won 21 doubles titles — including one in June at Nottingham.

Vania King returns to the Lasers, after helping to bring the team to the WTT Championship Final in 2013. King, 29, is currently ranked No. 49 in doubles, and has won one singles title and 15 doubles titles.

New to the team is Canadian Doubles legend Daniel Nestor, who, in 2016, became the first doubles player in ATP Tour history to win 1,000 matches. At 45, Nestor has finished 22 straight seasons in the top 30, including ranking No. 1 in 2002 and 2004. He won gold medal in doubles at the 2000 Olympic Games in Sydney. Nestor is currently ranked No. 101 in doubles. Has 91 doubles titles, including 12 Grand Slams.

Also new to the Lasers is Miomir Kecmanovic, 18, who just turned pro last year. Kecmanovic is ranked No. 183 in singles.

For the first time ever, all WTT matches will be live and on-demand streamed on the league’s new streaming platform, WTT.tv presented by GEICO.

The new streaming platform allows Lasers fans to watch matches on the road, and opens all 43 WTT matches up to a worldwide audience, available at  WTT.tv. No subscription is needed and all streaming is free.

The Hawk-Eye Live system uses 12 ball-tracking cameras and six foot-fault cameras to make the on-court calls, supported by only two officials – the chair umpire and a review official in the Hawk-Eye booth to monitor foot faults. The real-time ball-tracking technology determines whether a shot is in or out immediately after it has landed.

Hawk-Eye statistical data and line-calling graphics will be integrated with the in-stadium LED screens as well as WTT television broadcasts. Hawk-Eye Live will also be incorporated into WTT’s new live streaming platform.

Hawk-Eye technology has been used at Wimbledon, the US Open and the Australian Open, and has been utilized in other numerous other sports.

The Lasers season dates include (home matches in bold, all times CST)

The Springfield Lasers were established in 1996 and are one of the oldest teams in the WTT league. They are managed by the Springfield-Greene County Park Board and play home matches at Cooper Tennis Complex. The Lasers have won the Western Conference Championship five times, making it to the Mylan WTT finals in 2014, 2013, 2009, 2001 and 1999.

For media inquiries, contact Jenny Fillmer Edwards, Public Relations for the Springfield Lasers and Public Information Administrator for the Springfield-Greene County Park Board, at 417-874-2943 (office) or 417-224-5510 (mobile).