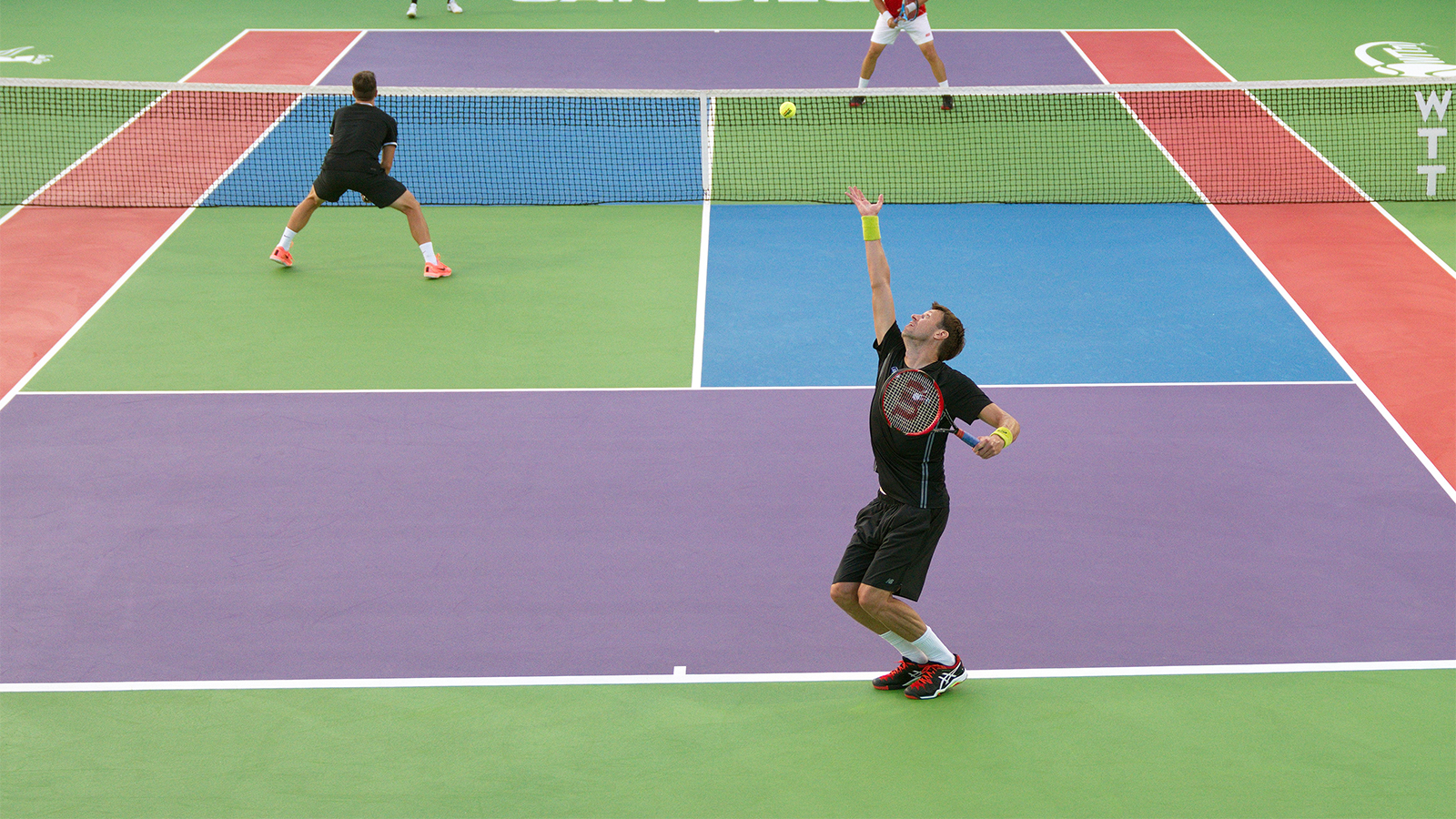 On a nearly perfect evening before a capacity crowd at the Omni La Costa Resort & Spa, the San Diego Aviators opened the 43rd season of World TeamTennis presented by GEICO with a convincing 21-12 over the visiting Springfield Lasers.

After Anna-Lena Groenefeld and Marcin Matkowski opened the match with a 5-2 victory over Abigail Spears and Daniel Nestor in mixed doubles, Vania King, a former Wimbledon and US Open doubles champion, put the Lasers in front with a 5-1 win in women’s singles over Naomi Broady of the Aviators.

With San Diego trailing 7-6, Rancho Santa Fe, Calif., native Taylor Fritz teamed with Matkowski for a thrilling 5-4 victory for the Aviators in men’s doubles over Nestor and Miomir Kecmanovic. The win tied the match at 11-11.

The Aviators then took complete control of the match as Groenefeld and Broady dropped only a single game in a 5-1 win over Spears and King to give San Diego a 16-12 lead heading into the final set.

Fritz, who had slammed a 145-mph serve earlier in the evening, delighted the home crowd with a dominating victory in Men’s Singles as he powered his way to a 5-0 win over Kecmanovic in 12 minutes.

“The atmosphere here at La Costa is amazing. It’s great to have the support of your hometown,” Fritz said as he celebrated the victory with his teammates. “I always play better with my family and friends in the audience, just like at Indian Wells.”

When asked about his 145-mph service earlier in the match, the 20-year-old Fritz responded,

“That’s the best my serve ever felt.”

TURNING POINT: With the Lasers leading the Aviators 11-9, Taylor Fritz and Marcin Matkowski trailed 4-3 in men’s doubles. With Miomir Kecmanovic serving at 3-3 in the eighth game, Fritz stretched wide to hit a forehand service return. Daniel Nestor then dumped a forehand volley in the net as the Aviators went on to win the set 5-4 in a tiebreaker and knot the overall score at 11-11.

NEXT ON: The Aviators will play their second straight home match of the season as they host the Philadelphia Freedoms at 7 p.m. PT on Monday at the Omni La Costa Resort & Spa. Taylor Fritz will make his second and final appearance of the season for San Diego.

Follow results on www.WTT.com/scores or www.springfieldlasers.com. Watch live streaming of all WTT matches on

Stay up to date with Springfield Lasers.
Get on the newsletter.

COPYRIGHT © Springfield Lasers, LLC 2022. ALL RIGHTS RESERVED. Terms of Use