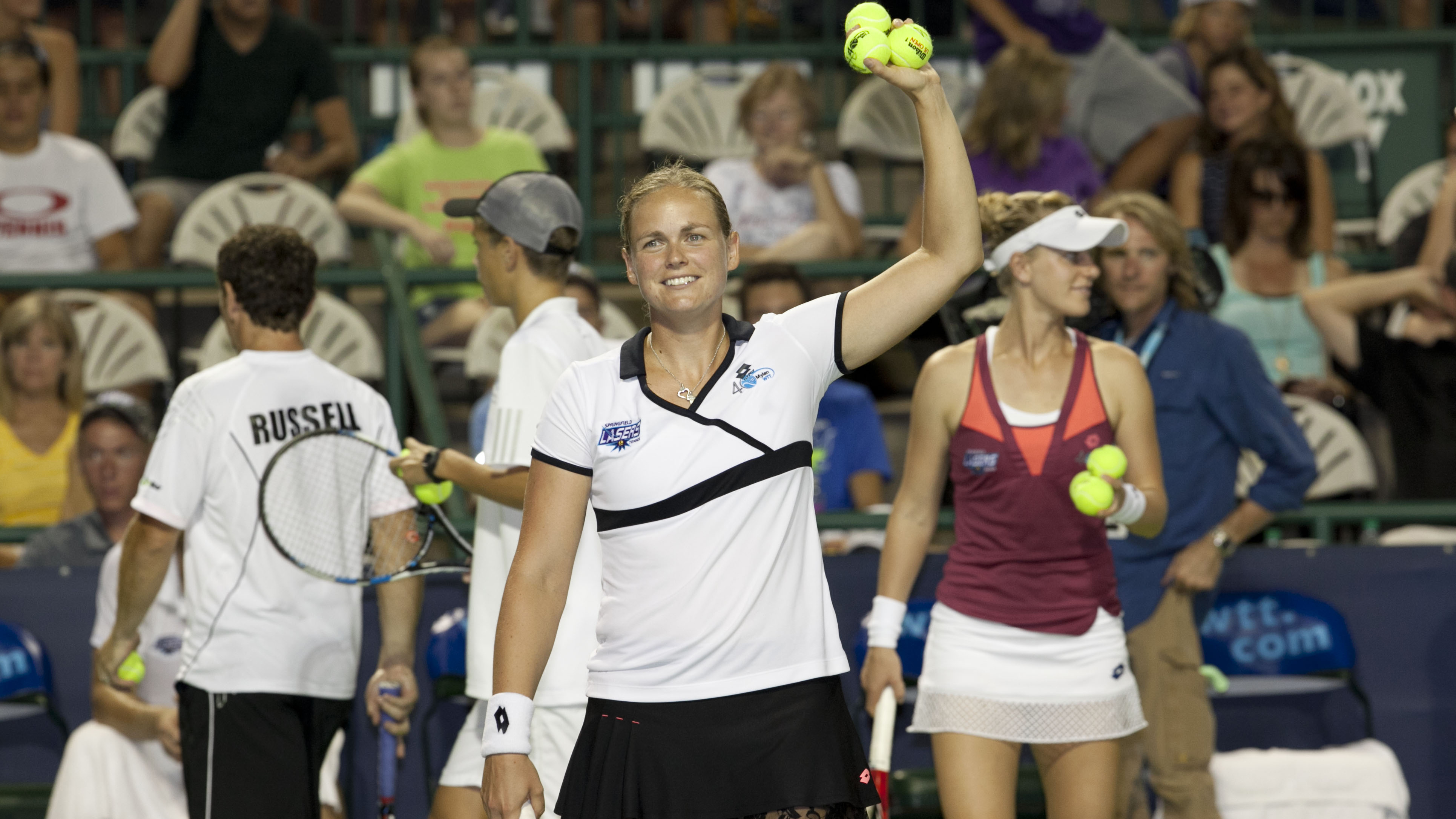 The Springfield Lasers announce two changes to their team roster. 2015 Lasers doubles star Anna-Lena Groenefeld rejoins the team this season, replacing Michaella Krajicek, who was forced to withdraw from the team due to injury. Groenefeld, 32, from Hannover, Germany, won a her 15th career doubles title at the 2017 Prague Open in May. Lasers fans will recall she won the mixed doubles trophy at the 2014 French Open, partnering with Jean-Julien Rojer, who is also on the Lasers roster this season. She is a member of Germany’s Fed Cup team and currently holds the international rank of 26 in doubles. This is her third season with the Lasers, her fifth with Mylan WTT.

Sorena Cirstea also joins the Lasers roster, serving as a substitute at the last three matches for Daria Kasatkina, who must return to the WTA tour in August. Cirstea, 27, from Targoviste, Romania, holds one singles title and four doubles titles, and made it to the singles semifinals in Nurenberg earlier this year. She has served on Romania’s Fed Cup and Olympic teams, and is currently ranked 62 in singles. Cirstea appears in Springfield July 30 and Aug. 2.

A complete Lasers line-up is