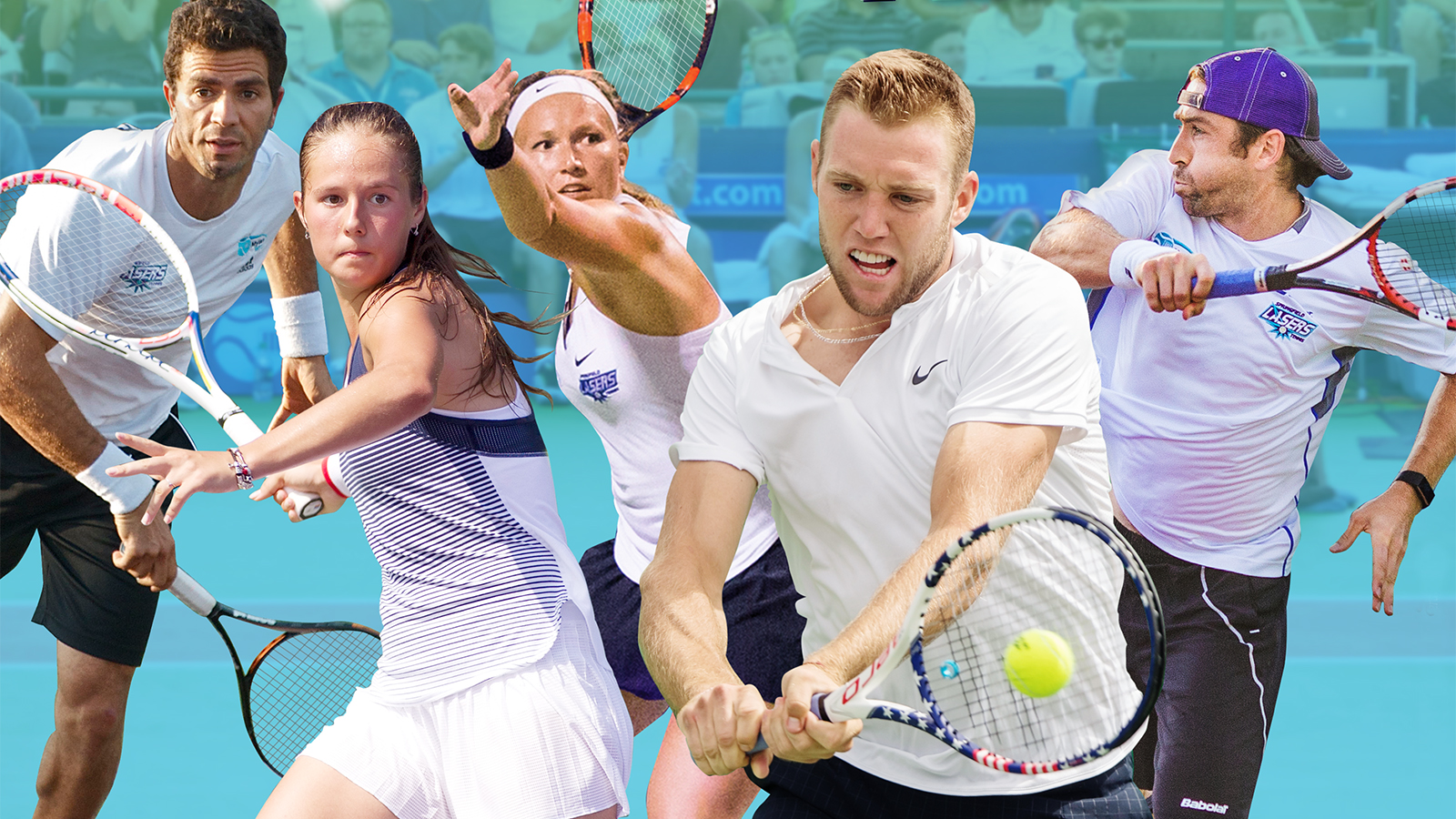 The roster players join No. 1 American Jack Sock, who was drafted Feb. 16 as the Lasers’ marquee player.

The Lasers are bringing back top players from recent seasons, including doubles specialist Jean-Julien Rojer who helped take the Lasers to the Mylan WTT finals in 2013. Also returning are Benjamin Becker and Michaella Krajicek, who both made their debut with the Lasers in 2016, emerging as team leaders.

New to the team is Daria Kasatkina, who appeared with the Philadelphia Freedoms in 2016.

The Lasers had second pick in all four rounds of the draft, which was broadcasted live on Facebook. Ownership Representative Bob Belote was quite please with the results.

“We are absolutely ecstatic about our Springfield Lasers draft this morning,” said Belote. “We’re bringing back Lasers fan favorite and league MVP, Jean-Julien Rojer, to join Benjamin Becker and Michaella Krajicek from last year’s team. We were able to draft one of the most talented young female players, Daria Kasatkina, to round out this year’s team. Add in the No. 1 American player, Jack Sock, and you know there will be some smoking-hot tennis served up this summer at Cooper Tennis Complex!”

Marquee Draft, first pick: Jack Sock — A rising star in the international tour, Jack Sock, as of Jan. 30, is the No. 1 American male singles player, ousting John Isner from a spot he’d held for five years. Sock, 24, is currently ranked No. 18 in singles and No. 17 in doubles on the ATP World Tour.

Sock has earned three singles titles — including two this year, at Delray Beach and Auckland — and eight doubles titles. He won the 2014 Wimbledon Doubles Championship (with Vasek Popisil,) defeating doubles legends Bob and Mike Bryan. Sock was the only tennis player at the 2016 Olympic Games in Rio to win two medals: gold in mixed doubles (with Bethanie Mattek-Sands,) defeating Rajeev Ram and Venus Williams; and bronze in men’s doubles, defeating Daniel Nestor and Vasek Popisil.

Sock turned pro in 2011, after an illustrious junior career. In 2010, Sock won the USTA Boys’ 18 Nationals, earning a wild card to the US Open, where he earned a juniors title. He won his first national USTA tournament at age 11 in May 2004, on the stadium court at Cooper Tennis Stadium, where he’ll play with the Lasers.

First Round Pick: Jean-Julien Rojer — Seasoned doubles specialist Jean-Julien Rojer returns to the Lasers, after leading the team to the 2013 Mylan WTT Finals, earning the MVP award on the way. Rojer, 35, from Netherlands Antillies, has been busy since his last visit to Springfield, winning 13 tournaments on the ATP tour. He now holds 22 titles and is currently ranked at No. 20 in doubles. Rojer partnered with former Lasers teammate Anna-Lena Groenefeld to win the French Open mixed doubles trophy in 2014. He was drafted to the 2014 team but was unable to play that summer, due to injury. Twitter @julrojer.

Second Round Pick: Daria Kasatkina — A new face with the Lasers, Daria Kasatkina, 19, is the youngest player on the team. After just two years on the WTA tennis tour, she is ranked No. 35 in singles. Kasatkina won her first WTA title, in doubles, at the Kremlin Cup in Moscow just last October. She was a member of the Russian tennis team at the 2016 Olympic Games in Rio, making it to the quarterfinals in doubles. She is also debuted with the Russian Fed Cup team in 2016. In 2014, she won the junior Grand Slam title at the French Open. Kasatkina appeared with the Philadelphia Freedoms in the 2016 Mylan WTT season. Twitter @DKasatkina.

Third Round Pick: Benjamin Becker — Returning to the Lasers as a 2016 crowd favorite, Benjamin “Benni” Becker is perhaps best known as the victor in Andre Agassi’s career-ending match at the US Open in 2006. Becker, 35, from Germany, is considered a veteran of the ATP tour with a big serve, finishing in the top 100 eight of the last 11 seasons. He has one singles title, with career wins over Agassi and Davydenko. He was a four-year member of the German Davis Cup team, including 2015, and was the No. 2 German player in 2014. Becker is currently ranked No. 150 in doubles. He played tennis for Baylor University in Waco, Texas, 2001-2005, and makes his home in Dallas. This is Becker’s second season of WTT.

Fourth Round Pick: Michaella Krajicek — Returning for a second year with the Lasers, Michaella Krajicek brings versatility and determination to the court. Krajicek, 28, is a celebrity in the Netherlands, making headlines in 2014 when her now-husband, German doubles player Martin Emmrich, proposed to her on the court at ‘s-Hertogenbosch. She holds three WTA singles and five WTA doubles titles, and currently ranked No. 61 in doubles. She was a member of the Dutch Fed Cup team 2004-2007 and 2015. This is Krajicek’s second season of Mylan WTT, and she earned Female Rookie of the Year in 2016. Twitter @MisaKrajicek.

VIP ticket packages are available now by contacting Cooper Tennis Complex at 471-837-5800. Individual Lasers tickets go on sale in May.